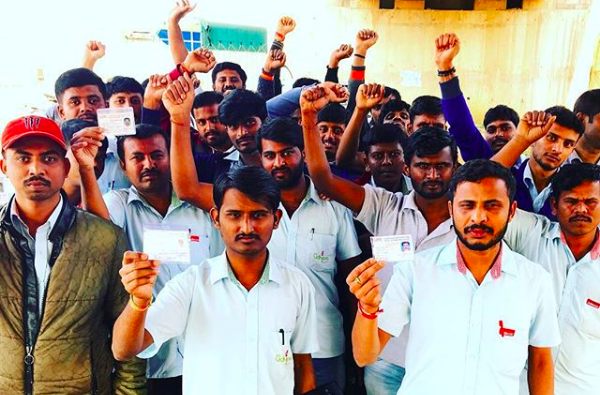 Avery Dennison workers in Bangalore, India have been paid unequal wages for over a decade. When the workers stoodup for their basic rights on the job, and organized with League member Garment and Textile Workers' Union (GATWU), 52 were illegally dismissed! Sign the petition to call on Mitch Butier, Avery Dennison CEO, to respect the rights of the workers who made the company over $6.6 billion in profits just last year! 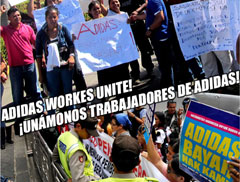 Our first global campaign began in February, 2013, and is called Adidas Workers Unite! The effort unites the workers within the supply chain of the German sportswear brand Adidas to win living wages, safe factories and stable jobs. Please take a moment to read our “First International Declaration” from February 10, 2013, which explains the Adidas workers’ campaign as well as the League’s overall vision. We also have formed the Gildan Union Network, a regional campaign in Central America and the Caribbean led by workers of the Canadian company Gildan Activewear and its contractors. Take a look at our photos from protests by Gildan workers in Haiti, Honduras, Nicaragua and the Dominican Republic on July 24, 2012.

» See the latest news on the Gildan Union Network