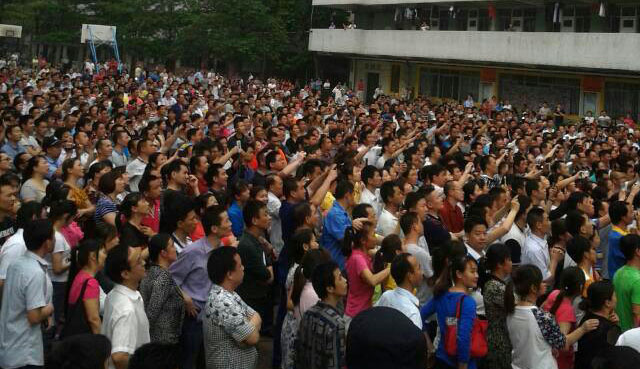 The workers – who assemble shoes for Adidas, Nike and Timberland – launched their action after discovering the company had robbed them of millions over as long as two decades. Yue Yuen, in turn, is the top supplier of footwear to Adidas and Nike, producing high-profile products for these multinations – for example, both brands report producing logo apparel for U.S. university athletics at the facility. The strike first broke out in Dongguan, and spread to Yue Yuen's facility in the nearby province of Jiangxi.

Most importantly, in addition to fighting for the money they're owed, the striking workers are demanding that management negotiate, as the state-controlled union has failed to adequately represent them. Workers also demand a significant wage increase and legal work contracts to guarantee job security.

The company has responded by offering a measly wage increase and cost of living payment that the workers rejected. Police have arrested strike leaders and violently repressed a peaceful march on the provincial government building. If the strike is successful it could significantly transform the labour movement in China by encouraging and empowering thousands of other workers to take militant action and demand collective bargaining with management.

Local organizations have called for activists around the world to take action to demand that Adidas, Nike and Timberland intervene to meet striking workers' demands. The International Union League for Brand Responsibility supports the just demands of the striking Yue Yuen workers and urges our affiliates and allies around the world to organize activities directed at these three multinational brands.

Will you stand with our fellow workers and take action? Here's what you can do:

Take action at an Adidas, Nike or Timberland store

We must hold responsible the multinational brands who extracted handsome profits from workers' labor over the past two decades while those same workers were being robbed and mistreated.

Before you begin, please contact the League's field organizer Teresa Cheng at teresac710@gmail.com to let us know you're interested in planning an action!

1. Find a store near you: Use the online "Store Locator" tools on the website for Adidas, Nike and Timberland. Be sure to navigate to the webpage for your country.

2. Make a leaflet to give customers: Make copies of a simple flyer. You can use this flyer from union activists in Australia as a model.

3. Bring your friends and coworkers: Plan a time to go together to educate customers.

4. Deliver a letter to the manager: Before or after your hand out the leaflets, go inside and ask to speak with a manager. Give the manager a letter, such as this sample letter. Respectfully explain why you are taking action and ask them to pass the word along to the corporate office. 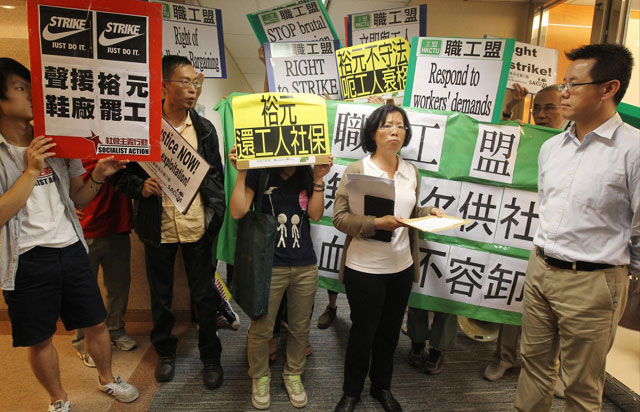 Let's make sure @AdidasOriginals, @Nike, and @Timberland hear our voices – as well as their customers! Use the hashtag #ChinaSolidarity to share your message of solidarity with workers, to post photos from your solidarity protests, or any other creative way to show your support online!

Seen another article we should include? Please post it below in the comments.