The International Union League for Brand Responsibility held its regional meeting for Americas League members in San Pedro Sula, Cortes, Honduras at the end of November 2017. The meeting was a successful three days of connecting our struggles and strategizing for a strong start to 2018! 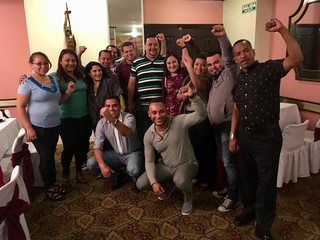 Representatives from League members SITRASTAR and SITRAJERZEES Nuevo Dia in Honduras were joined by representatives from SITRASACOSI in El Salvador and from FEDOTRAZONAS in the Dominican Republic. By phone, Union League Vice President and Asia Regional representative Prathiba Prasad, of Garment and Textile Workers' Union (GATWU) in Bangalore, India, joined to give an update on the Asia regional League members and two pressing, ongoing campaigns her union is currently leading. League member unions in the Americas iterated their support for GATWU's ongoing campaigns against supplier Avery Dennison and Shahi Exports, calling on brands who source from those companies to respect workers' right to organize!

United Students Against Sweatshops joined by phone to highlight the Global Day of Action Against Nike, whose anti-union labor practices have affected a number of League members such as SITRASTAR, whose factory lost Nike orders after workers organized a union. League members SITRASACOSI joined SITRASTAR, as well as League member GATWU in Bangalore, India, to participate in the day of action against Nike. USAS students all over the United States participated by directly targeting Nike retail shops and on social media. The Global Day of Action was part of the recent campaign victory in which Nike was forced to open its subcontracted factories to inspection by independent monitors like the Worker Rights Consortium (WRC).

During the Americas regional meeting, League members also discussed the increasing threat of yellow unionism which has plagued many of the factories they have organized and continues to be a problem in the region. They reiterated that League members must work only with democratically-run unions that fight for workers' interests.

A regularly occurring theme of the conference is the need for worker and union leadership trainings and exchanges, and the League members specified a number of trainings that would be useful for their membership, including foreign language classes, successful negotiation examples and tactics, organizing and capacity building trainings, and technology and computer usage trainings.

To continuing the struggle into 2018! Solidaridad! 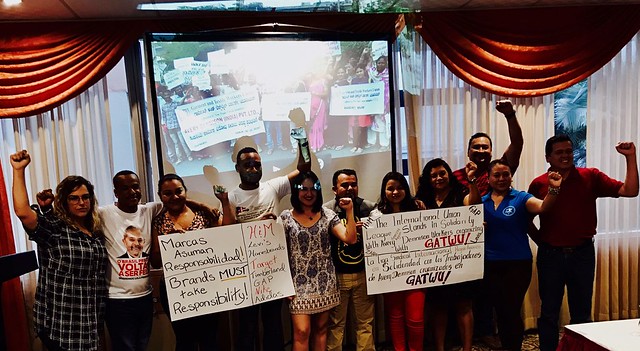