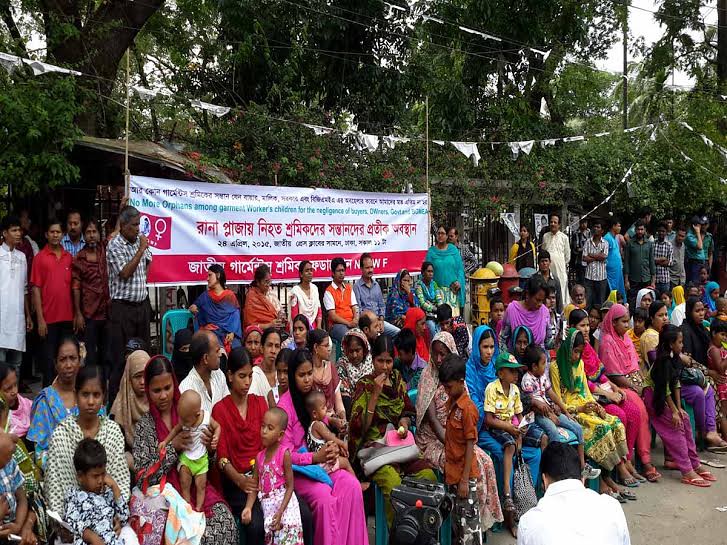 Orphan children, who lost both or either of their parents in the Rana Plaza building collapse, along with leaders of League member National Garment Workers Federation (NGWF) yesterday, on April 24, 2015, pleaded to all concerned that the Rana Plaza disaster be the last accident in the RMG sector in Bangladesh and that there not be any more orphans among garment workers' children in the future caused by the negligence of buyer brands, factory owners, government and BGMEA. (Bangladesh Garment Manufacturers and Exporters Association). 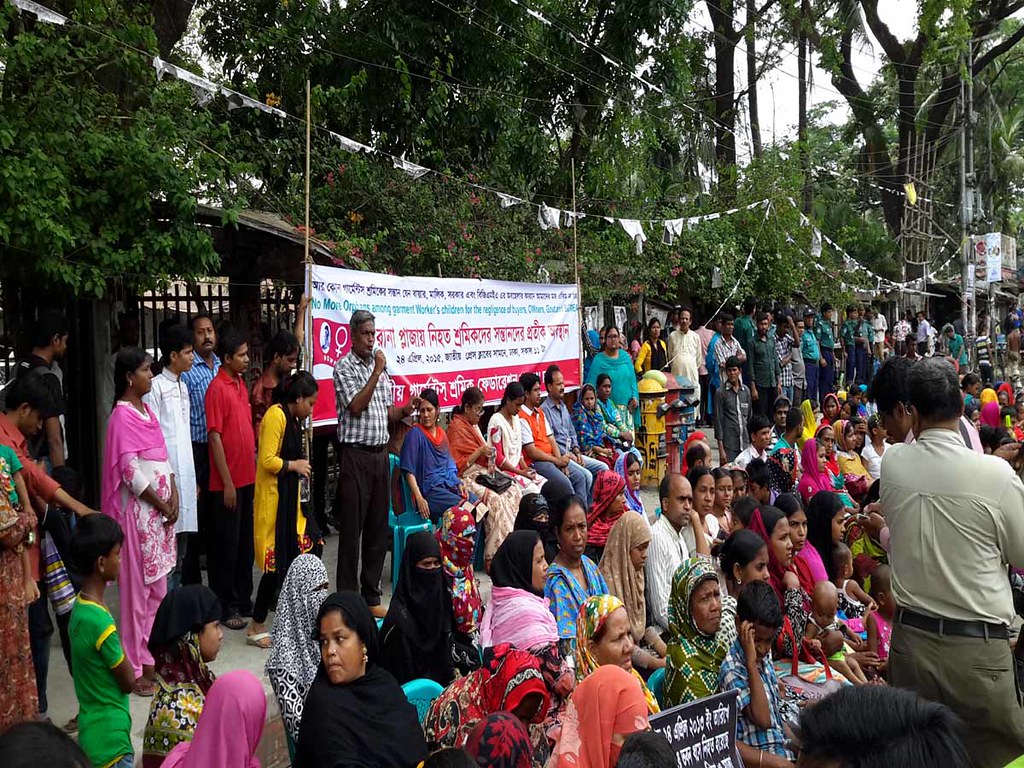 The Rana Plaza victims' families made this appeal from the National Press Club in the Dhaka city to commemorate the 2nd anniversary of Rana Plaza disaster. National Garment Workers Federation (NGWF) organized the program with its President Amirul Haque Amin in the Chair.

The 8-storied Rana Plaza building, which housed 5 garment factories, collapsed on April 24, 2013 killing 1,138 workers, mostly women, and injuring over 2,500. This was worst industrial disaster of 21st century in the world. Hundreds of children lost both or either of their parents in the tragedy and languishing in poverty and uncertainty and have not yet received compensation.

The orphans and NGWF leaders appealed to the government, BGMEA, buyer brands and factory owners to take an effective concerted effort so that there is no repetition of Rana Plaza like disaster in the future.

They demanded of parties who profited off of the victims' labor to pay compensation to the families of dead and injured workers immediately.

NGWF President Amirul Haque Amin specifically called out buyer brands, who sourced from Rana Plaza at the time of the collapse yet refuse to pay a dime into the Rana Plaza Trust Fund. The ILO estimates that US $30 million is required as compensation to the Rana Plaza victims. Of the total amount, the Trust Fund is still short $3 million because buyers such as Mango, Zara, JC Penny, and Walmart still refuse to pay despite having profited off the the labor of the victims before their death. He urged the brands to immediately pay donation to the Trust Fund. "Otherwise, Bangladeshi garment workers will boycott all those buyers and will not stitch their clothes," Amin warned. 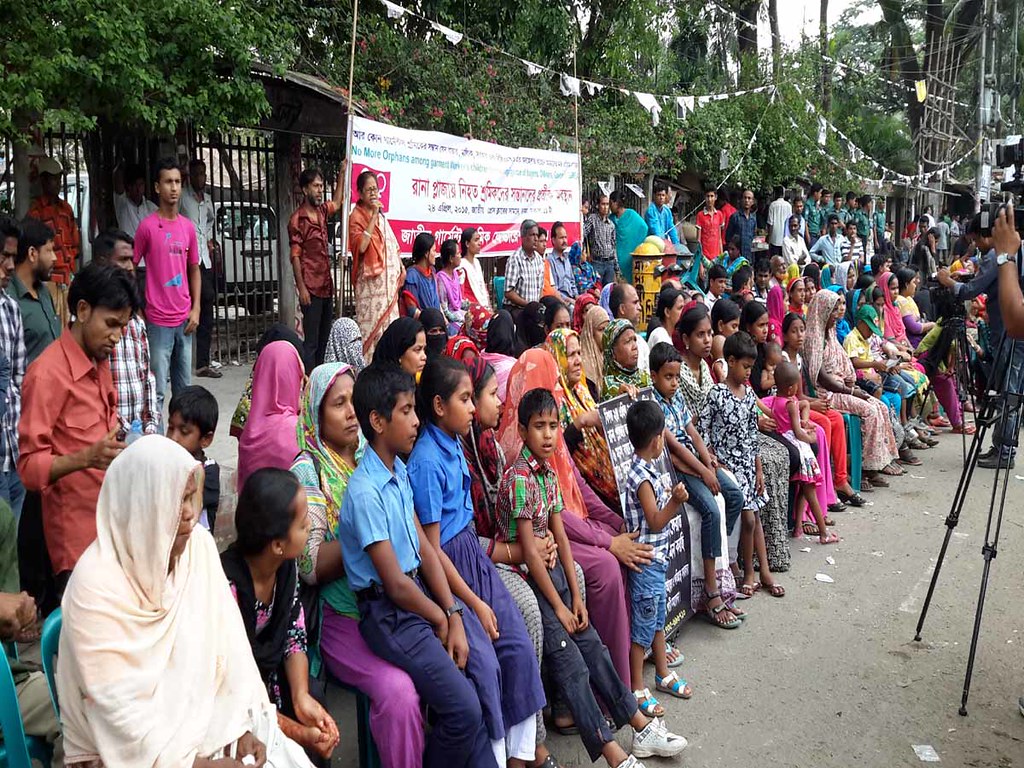 He urged all concerned, including the Bangladesh government, to take effective steps so that the injured victims of Rana Plaza could be provided advanced medical treatment and rehabilitation, and the orphans can be adequately supported to pursue their education and rehabilitation.

The NGWF President made a clear call to all concerned to support the current initiatives of ACCORD, Alliance & NAP in order to establish 'safe workplace' in all garment factories in Bangladesh. He urged the ministers concerned and leaders of the BGMEA to refrain from making irresponsible statements, which might drive out the brands from Bangladesh.

Amin observed that the labour-standard should be improved, free trade union rights should be allowed, repression of workers should immediately cease, and a living wage should be provided to the workers for the interest of the garment industry. He went on to demand that buyer brands pay a 'fair price' for Bangladseshi garment products to ensure that these demands are met.