Hear from Tejesh, an employee at Avery Dennison (India) Pvt. Ltd. who has seen 52 of his colleagues illegally dismissed for standing up for their basic rights. Despite Avery Dennison's best attempts at intimidation, he is not backing down because he knows all workers deserve "Equal Pay for Equal Work"!

Support the Avery Dennison Pvt. Ltd. workers and other garment workers around the world join together to hold multinational brands like Avery Dennison, H&M, Adidas, Gap, and many others accountable for the working conditions in their supplier factories! 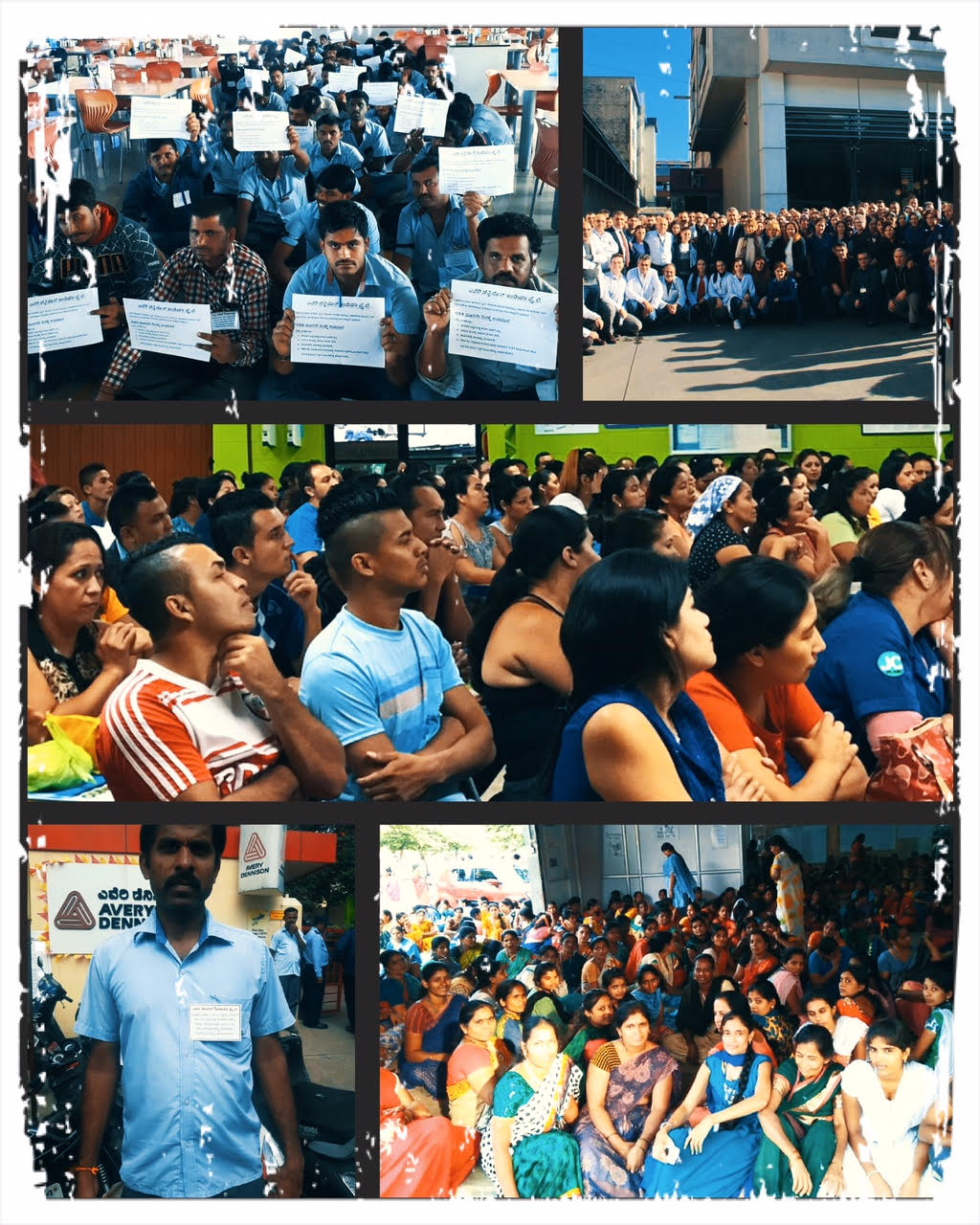 Instructions: Select an option, then you'll be sent to a secure online form to enter your information. (If you prefer to make a one-time donation, click here.)

350,000 garment workers, mainly women from Bangalore, Mandya, Ramanagar, and Mysore districts, walked out of their factories to protest the new EPF/Social Security policy of Indian Central Government April 18th and 19th and forced the government to accept their demands!
The protests began in a Shahi Group factory where League member Garment and Textile Workers Union (GATWU) in Bangalore has significant membership. Despite the difficulties for workers to form factory unions in Bangalore, leading to only around 3% union density for the around 600,000 garment workers, a huge majority of workers joined the protests that began the morning of April 18th to protest the government's policy changes. By the evening of April 19th, the government was forced to give in to the workers' demands and rescind its EPF policy in an history victory for Bangalore women garment workers the Central Indian Government!
Read more