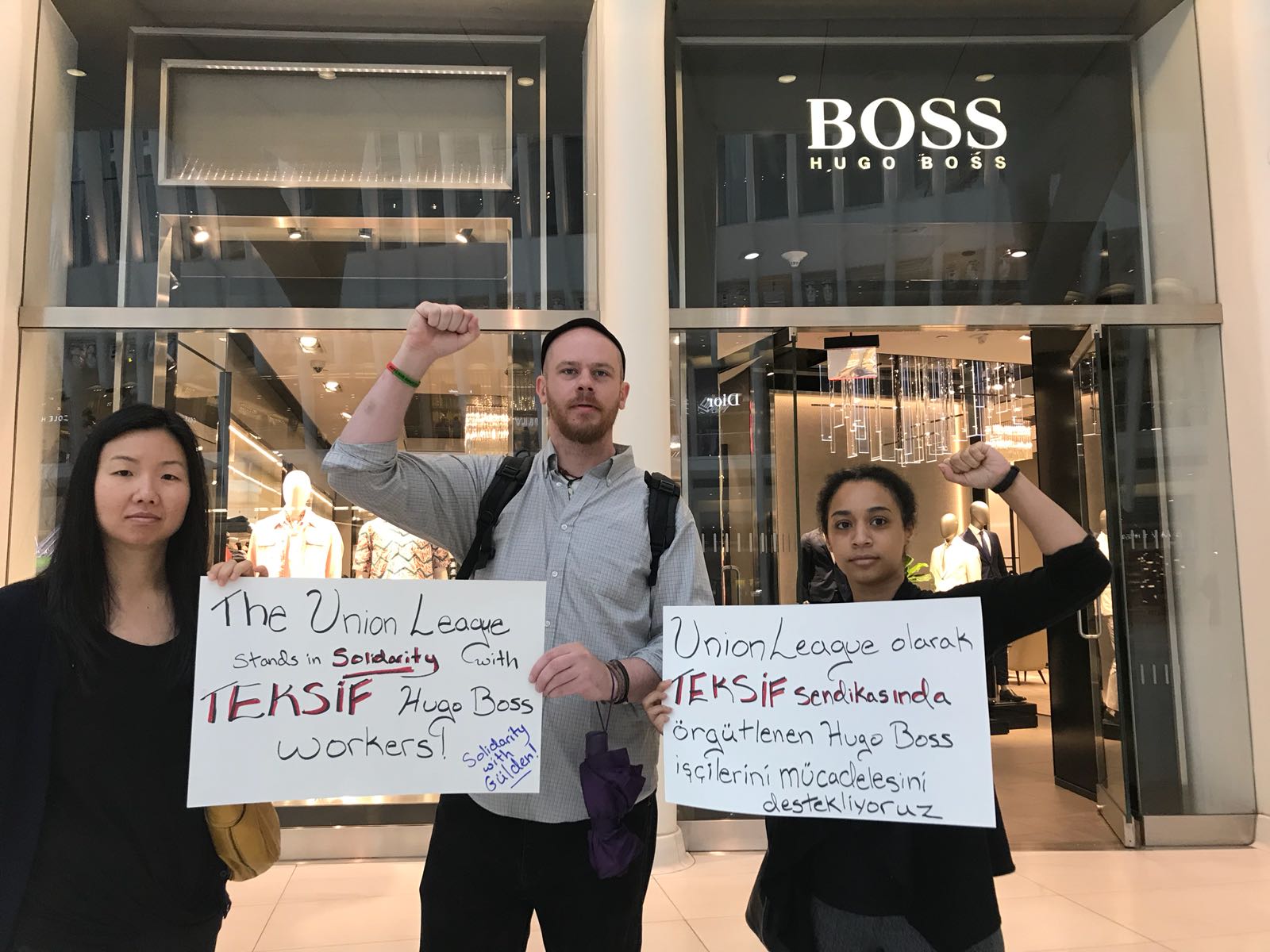 Retail, Wholesale and Department Store Union (RWDSU), which represents workers in the 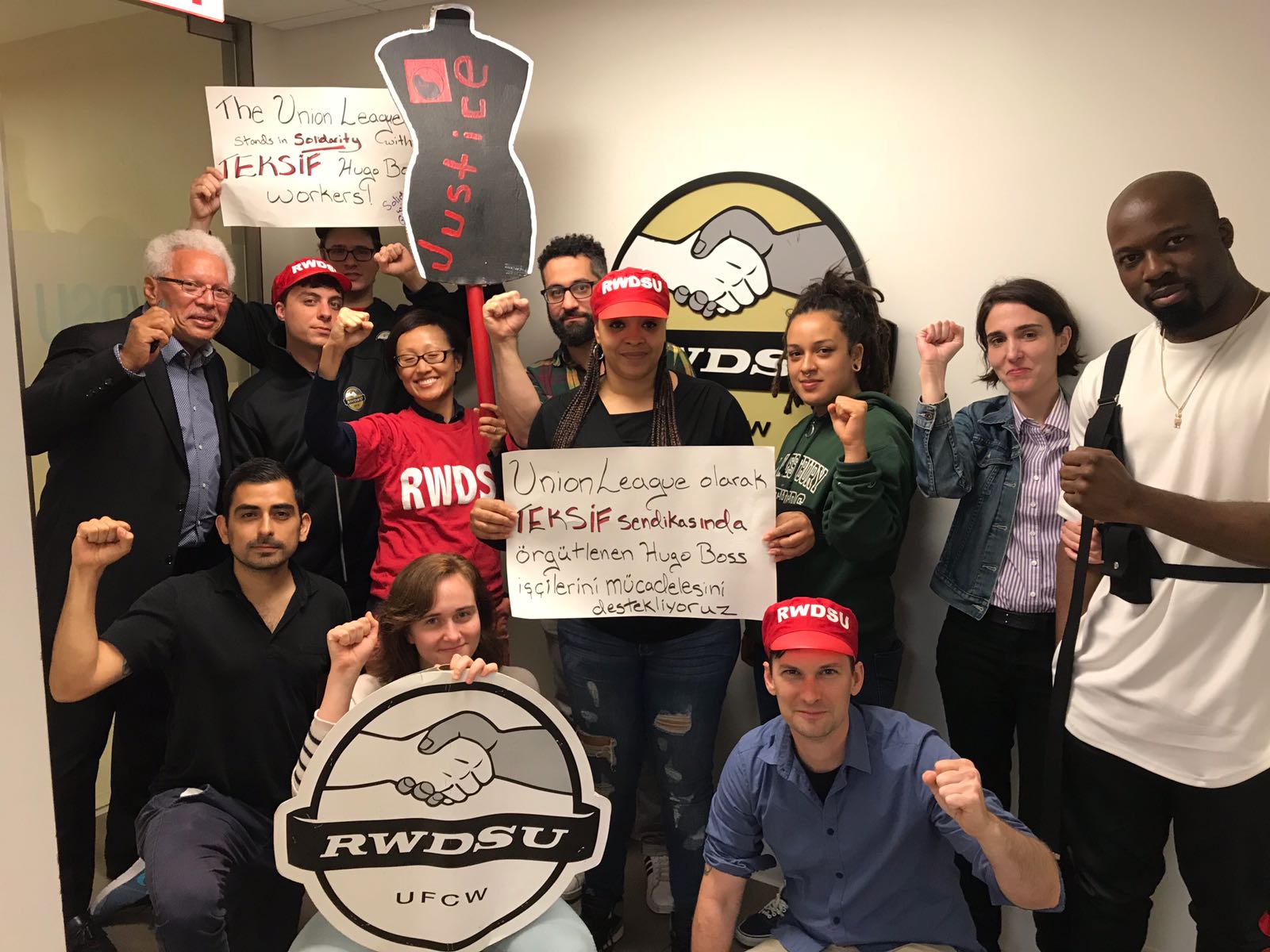 apparel sector supply chain in the United States, also publicly express their solidarity with TEKSiF members at Hugo Boss in İzmir who have faced continual retaliation for their organizing efforts. Despite the crackdown on organizing, Hugo Boss has attempted to claim its relationship with TEKSiF is one of "collaboration". While shocking, Hugo Boss is employing a tactic often used by brands who believe that their PR campaigns can silence the voice of their workers. We will not be silent, and we will continue to stand in solidarity with TEKSiF Hugo Boss workers until they reach they come to a fair agreement with their employer!

*I want to join the Union League Solidarity Committee and support garment workers organizing around the world!*